Enter your City name or Pincode

The Holy town of Kedarnath is set like a jewel in the lap of the mystic snow covered Himalayas in Garhwal region of Uttarakhand within Rudraprayag district within which it is a Nagar Panchayat. Located at an elevation of 3584 meters near Chorabari Glacier/Tal which is the origin of Mandakini River, Kedarnath is one of the sacred Char Dham ground dedicated to Lord Shiva or Kedar.  The town is famous for the ancient and revered temple of Kedarnath which is a renowned pilgrimage for Hindus. The temple town’s stark beauty and purity surrounded by the gigantic snow clad mountain peaks with the river flowing through the town in the backdrop is a magnificent sight to behold. It is the breathtaking scenery which enhances the holiness of the place. 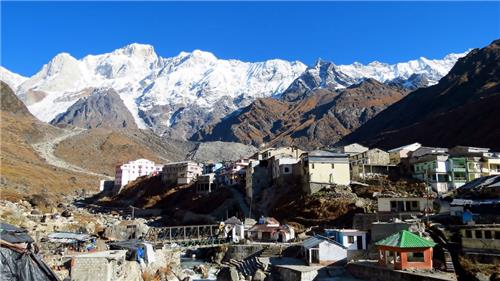 The town is believed to have derived its name from King Kedar, a ruler in the Satya Yuga whose daughter Vrinda led an austere lifestyle due to which this region is also known as Vrindavan. However, Kedarnath and the temple seems to have existed from time immemorial as reference can be cited from the Mahabharata where it is mentioned that the Pandavas tried to absolve their sins after winning the war against the Kauravas in the battle of Kuruskhetra. Hence they came to this place to plead guilty and seek blessings of Lord Shiva who was avoiding them.Kedarnath is one of the Panch Kedars or holy shrine of Lord Shiva as the 4 others are located in Tunganath, Rudranath, Madmaheswar and Kalpeshwar. It is also one of the Jyotirlingams scattered across India.

The town of Kedarnath is located at an angle of 30° 44’ N and 79° 04’ E.Kedarnath town receives heavy snowfall in winter and the cold weather is really harsh making it difficult for survival ranging between 0°-24° centigrade. The weather otherwise remains cool during the summer months ranging between 15°-30° centigrade when tourist influx is maximum. The ideal time to visit Kedarnath is between months of October and March. 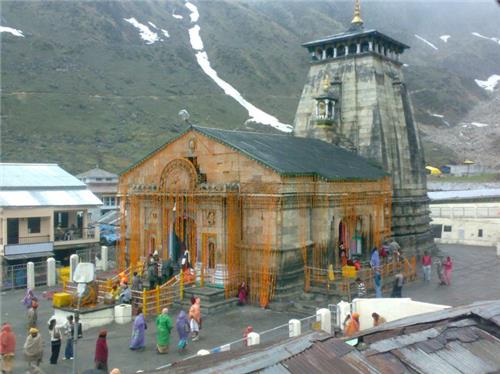 After June 16th 2013, the weather of Kedarnath has undergone significant change when a cloudburst at Chorabari Lake broke its boundaries and swept away the temple town with massive landslide, torrential rain and debris(boulder, rocks, mud) resulting in casualties amounting to 10,000.  The temple remained in place surviving the disaster but everything surrounding the little hamlet has been swept away by the flash flood. Especially the roads have collapsed and reaching the temple town now is a big challenge for pilgrims although roads have been repaired.

Besides, from November to April the town is vacated (residents shift to nearby villages) and the relic is worshipped and transferred at a place called Ukhimath near Guptakashi.

The residents of Kedarnath in Uttarakhand are known as Garhwali deriving their name from Garhwal region and it’s a heterogeneous population. The locals comprise of rural folk mostly living in thatched roof houses or huts and wear colorful costumes.  The rural folk are known to be warm and hospitable welcoming their guests with a smile on their face. Hindi is the local dialect of the residents of Kedarnath. Despite suffering hardships, the locals helped in the rescue efforts alongside the Indian army in the wake of the disaster and relief operations. 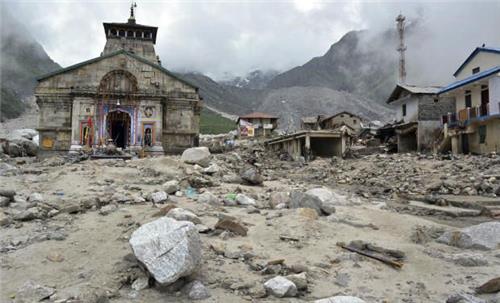 Since the main attraction of the hill town is the sacred Kedarnath Temple, the administration revolves round it as a committee was set up by the state government of Uttarakhand to supervise both the Kedarnath and Badarinath Temple. The committee comprises of 17 members amongst whom 3 are chosen by the Uttaranchal Legislative Assembly, 10 members nominated by the state government and one each by Zilla Parishad of Tehri, Chamoli, Garhwa and Uttarkashi.Within the administrative structure, is the chief executive officer who accomplishes activities as directed by the state government of Uttarakhand and there are other officers who assist him in executing his responsibilities.

Business and Economy of Kedarnath

The temple town of Kedarnath survives on pilgrims and tourists who visit in tens and thousands every year to seek blessings of the almighty. Tourism is the lifeline or main source of income for the residents of Kedarnath town as an estimated 56 villages along with 360 families of Tirtha Purohits (priests) are dependent on the temple as their principle source of bread. Innumerable makeshift tents, small hotel shacks, dharamshalas have been set up in the temple town to accommodate tourists whereas shops selling puja ingredients are also plenty in order to meet the requirements of the pilgrims.
The economy received a blow in the aftermath of 2013 flash floods which washed away all the hotels, shacks, temporary shops and stalls surrounding the temple resulting in massive loss of life and livelihood.

Places to Visit in Kedarnath

Other than visiting the temple of Kedarnath, pilgrims can also pay a visit to Gandhi Sarovar also known as Chorabari Lake, Bhairava Temple and a cliff called Bhairav Jhaamp (pilgrims use to jump to their deaths to absolve their sins).

The Chorabari Bamak Glacier is located very close to Kedarnath at a distance of 4 kilometers in Garhwal region of Uttarakhand covering an area of 15 square kilometers. The glacier is renowned for being the source of Mandakini River. Gandhi Sarovar is also situated on the mouth of Chorabari Glacier and hence known as Chorabari Tal or Lake. The lake which holds crystal clear water is a trekking destination for pilgrims and tourists as it is believed that Lord Shiva taught Yoga to Saptarishis on the banks of the lake. The lake which is placed at the foot of Kedarnath and Kirthi Stambh peak (3900 meters) was renamed Gandhi Sarovar after Mahatma Gandhi’s ashes were scattered in the waters of the lake considered holy by pilgrims.

The breathtaking view of the Himalayan peaks from Gandhi Sarovar at break of dawn is a celestial event to be witnessed.

Vasuki Tal is situated at a distance of 8 kilometers from Kedarnath where it is believed that Lord Vishnu took a dip in the lake which is considered holy for pilgrims. The crystal clear water of the lake along with a clear view of the smooth rocks arranged neatly beneath the water is a fascinating sight as well as the origin of River Songanga (a tributary of Mandakini) from Vasuki Tal. The thrilling view of Mandakini River and Chaukhamba Hill from Vasuki Tal is mesmerizing for tourists who trek till the top of the lake.

The nearest hospital from Kedarnath is H N B Base Hospital situated at Srikot (Ganganali) in Srinagar district of Garhwal region.Due to its’ strategic location, Kedarnath does not have a proper medical setup and therefore in order to avail medical aid residents or pilgrims might have to visit Rudraprayag. Make shift medical camps were set up in Kedarnath by the Indian army during the disaster yet most injured were flown away in helicopters to nearest base in Dehradun for medical treatment.

How to Reach Kedarnath

The nearest road till Kedarnath up to which tourist can arrive by vehicle is at Gaurikund at a distance of 17 kilometers.After that point, tourists and pilgrims have to trek to Kedarnath or rent pony/palanquins or hitch horse rides to climb the steep path. Gaurikund is well connected with cities of Rishikesh (223 kilometers), Haridwar, Dehradun and other cities in Kumaon and Garhwal region in Uttarakhand. The nearest airport is in Dehradun at Jolly Grant whereas Rishikesh is the nearest railway station. On a clear bright day when the weather is good, tourists and devotees can board a Pawan Hans Helicopter from Jolly Grant to reach Kedarnath.

Unfortunately after the 2013 flash floods tourists now have to trek through a stretch of 16-21 kilometers till Kedarnath through Rambada from where they have to cross a bridge. Rambada was a small hamlet located 7 kilometers away from Kedarnath which was completely wiped off the face of earth after the Himalayan Tsunami struck the hill town on June 16th, 2013.

Are you a Business Owner?

Add the products or services you offer